I have been living a lie for the last eleven years. Day in and day out I would go about my mundane life just completely clueless to reality.

I’ve, unknowingly, lied to my friends and family about my existence for years.

It is with an embarrassed and heavy heart I now have to admit:

I don’t live in a small town.

I have always lived in a sprawling cluster of big cities.

I spent my childhood in Southern California, where you go from desert to beach without realizing you’ve even changed cities. 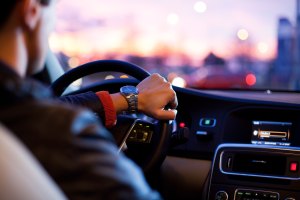 I was used to driving past Disneyland and seeing the Matterhorn, driving by the blue and white of Dodger Stadium, riding along the sprawling beachfront of Newport, or scaling the San Bernardino mountains by car. To be crammed amongst many other people along the Pacific Coast Highway or being stuck in traffic for hours was no big deal for me.

This was, and is, par for the course in big-city Southern California. It’s all I knew for the first thirteen years of my life.

I assumed everyone lived this way.

When I was thirteen, I moved to the Dallas/Ft Worth Metroplex. By definition a metroplex is a vast metropolitan area that encompasses several cities and suburbs.

I lived smack in the middle of this immense cluster of continuous city. Just in my city alone, there were three malls, a theme park, a water park, Rangers Baseball Stadium, an international airport, and I can’t even begin to tell you how many schools existed in this realm.

The Texas city I lived in is now home to Texas Stadium, home of the Cowboys. No big deal, that’s just how it is there. It was just my reality.

My husband and I followed my parents to little-old, middle-of-nowhere Asheboro, North Carolina. It was a major culture shock, to say the least.

This city was the smallest town I had ever visited, let alone lived in. It didn’t even have a Target store, for goodness sakes!

I laughed (so I wouldn’t cry) when I saw the mall. You could stand at one end of this building, and literally see the other end. If I had a football, I could throw it the length of the mall, bouncing it off the Dillard’s sign at the other end (FYI: Dillard’s has since closed).

There was only ONE movie theater *gasp*, and the closest “big-city” (which is funny to me, because it is also small) was a thirty-five minute drive away! Not only that, but there was only one junior high and one high school. Who, the heck was their big rival! The “downtown” area consisted of a strip less than a quarter of a mile long. It bragged that it had,and I use these words loosely, a coffee shop (the only one in town), a bank, and two large antique (read that as junk that nobody wanted anymore) stores. I was officially in hell.

I moaned and complained about how small this city was. Ugh, everybody knew everybody, but they didn’t know me. My friends listened ad nauseam to me as I repeated how I had been drug to a tiny city in the middle of nowhere. I was officially a big-city girl living in a small-town world.
I lived this way until last week. It came to my attention that this city I live in boasts 26,000 people, which is a medium-sized city by most people’s standards. I have spoken with many people in the last week who come from towns with 500 people or less. They tell tales of main drags with one stoplight, no schools, and one co-op-type store. Now THAT is small.
So the moral of this story is, I need to quit crying about the fact that I live in a small town. I guess I need to tell people that I live in a decent-sized city, Lord, help me. Much to my chagrin and disbelief, I am NOT a small-town girl. I’ve lived a decade of lies.